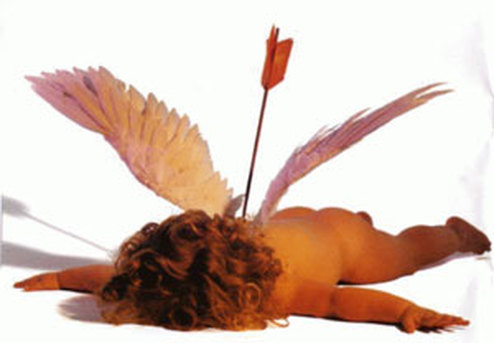 Valentine’s Day is fast approaching, meaning we’re once again swamped with the couples who think this time of year is ideal for imposing their cringey, lovey-dovey public displays of affection on us. The 14th of February is just another date in the calendar that has been plagued by pointless commercialisation, and Hallmark’s way of boosting their profits between Christmas and Easter.

The whole concept of Valentine’s Day is rather shallow. Why dedicate one day to showing your love for someone, when – cheesy as it sounds – you should be making those affections clear all year round? If a woman actually cares about Valentine’s Day, chances are, she’s going to be demanding about it, only putting unnecessary pressure on men. If their plans and gifts are not up to scratch, they’re likely to be met with the silent treatment and the classic “if you don’t know what’s wrong, I can’t tell you”. If their efforts are exceedingly extravagant, their woman will undoubtedly be brainwashed by her friends into thinking that they’re hiding something, and are only making a huge effort in order to make up for their guilt. It’s a catch 22.

Besides, the whole fiasco completely removes the element of surprise. Even if you don’t know exactly what your partner is planning, you’re most likely expecting something or other, which isn’t as pleasing as a good old bit of spontaneity. If anything, ‘Valentine’s Day’ is a kinder way of saying ‘mandatory romance’. Unless you decide to buy into the tradition and plan some kind of romantic getaway surrounded by rainbows and unicorns and cupids and whatnot, your gifts will probably be nothing special, or personal. A last minute run to Clintons to pick out a fuzzy teddy bear and a card (with a pre-written love poem to save you doing any of the work, of course), a trip to Tesco to buy an excessively large box of chocolates (which your significant other will probably end up moaning about for ruining her New Year diet), and a visit to the florist for an overly elaborate bouquet of flowers that all look the same to you will leave your wallet feeling lighter – and for what? To conform to the expectations that have been drilled into our heads?

On the other end of the spectrum are the lonely singles who are just as bad, if not worse, when Valentine’s Day comes around. We all know someone who complains about how alone they are and how they’ll spend their night with their cats, wallowing in self-pity, comfort eating and crying over rom-coms, yadda yadda yadda. Some people do seem to get pretty down about the whole thing, which shouldn’t have to be the case. Annoyingly, everyone assumes that if you are single, you’re wishing you weren’t. If you go out to dinner with a group of friends on the 14th, you’re bound to attract a bunch of pitiful looks as though being single on Valentine’s Day must mean you’re miserable.

Some schools, including ours, have their own little traditions of sending out cards or roses to people’s romantic interests, fuelling the excitement of secret admirers and what have you. Over time though, I’ve come to notice it’s more of a popularity contest than anything, with the boys flocking around the ‘it’ girl like moths to a flame, and other, less popular, girls feeling bad about themselves for getting nothing. Quite frankly, it turns girls into pretty obnoxious creatures. I remember one year, one of these queen-bee types simply would not shut up about her flowers, parading around and shoving them in everyone’s indifferent faces and actually asking people for their water bottles so she could “keep her roses alive”. Really? It’s also doubly humiliating for those who choose this day to pluck up their courage and tell someone how they feel, only to find that their love is unrequited. ‘Tis the season to be friendzoned.

I don’t mean to come across as pessimistic or bitter, I’m simply being realistic. There is nothing special about the 14th of February, but by all means, dedicate this one specific day to being predictably romantic. If you’re doing something nice for Valentine’s Day, good for you. If you’re single and sad about it, don’t be; there are worse things than not being attacked by Cupid.