Upton Park Under the Hammer 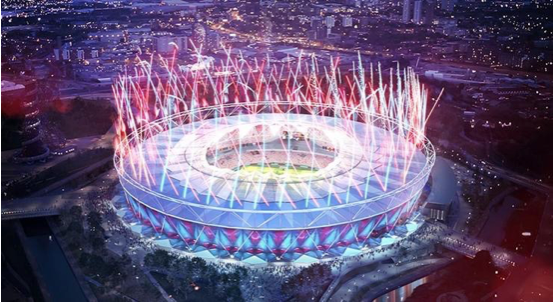 After a long and tiresome battle, West Ham United Football Club will finally move to the Olympic Stadium in Stratford, east London. The club have been at the Boleyn Ground, commonly known as Upton Park, since 1904 and it has been their home ever since. They were one of a few football clubs bidding for the Olympic Stadium.

The Hammers reached an agreement to purchase the Boleyn Ground by an Award-Winning local London developer Galliard Group. The 110 year old stadium will be knocked down and converted into 700 homes built around central public gardens where the pitch is currently laid which would be named the Bobby Moore Memorial Garden providing a suitable homage to the heritage of the Hammers, following the example of Highbury Square, formerly known as Highbury Stadium previously home to Arsenal Football Club.

The development will be known as the ‘East End Village’. Fans and local residents will be invited to enter a poll to name each building after a legend or a particular event over the clubs years at the ground. The work on the ‘village’ will start once the club move to the Olympic Stadium in 2016 and it is scheduled to be completed by 2018.

Among them bidding for the Olympic Stadium were London rivals Tottenham Hotspur and Leyton Orient considering ground share. Spurs were considering sharing the stadium with the east London side during their season away from White Hart Lane.

Although the club have shared its ground with Charlton Athletic in the 1990s, Vice-Chairman of the Hammers and star of The Apprentice Karren Brady CBE rejected Spurs proposal. She said that when she first came to the West Ham, she “embarked on a journey for the Olympic Stadium for West Ham”.

There has been talk of Spurs moving to Wembley and MK Dons for a season but a temporary share with Arsenal is geographically the most logical choice. But the Gunners boss Arsené Wenger isn’t keen on sharing their home with north London rivals Spurs. Brady considered that their newly proposed stadium had to be a “world-class football stadium” and “fixtures will always have priority over everything and anything”.

The Irons, with over 500,000 fans from east London and Essex, will move from a 35,016 all-seater stadium to a 54,000 all-seater stadium with UEFA Category 4 status. This will give them the opportunity to grow their fan base on a global scale and they could potentially be among top five attended clubs in the Barclays Premier League.

Two of the stands in the newly proposed stadium will be named after club legends Bobby Moore and Sir Trevor Brooking. The stadium will also feature a ‘Kop’ style stand and retractable seating so that it can be used for athletics purposes. The Champions statue is hoped to be relocated on the southern side of the Olympic Stadium. Like Arsenal’s Emirates Stadium, fans will be able have the chance to place new commemorative bricks and the commemorative bricks currently placed at Upton Park will be relocated to their new stadium.

But what do the fans actually think? Die-hard Hammers fans Haris Reid and Jack Sherwin have their say on the clubs move.

Haris Reid is doubtful about the move. He quotes “I think we would lose the atmosphere that we have at the moment. Hopefully we carry on the momentum which we have at the moment as well. This move can be big.” He states that he likes the change. The 18 year old student says “It’s up the road from me. It’s only a ten minute bus so it’s a lot easier to get to rather going to Upton Park which takes a good hour.”

Jack Sherwin is certain that West Ham will benefit from the move and says “I feel it’s a good thing for West Ham because it’s a bigger stadium. It gives us a chance to move on and become a bigger and better club with a bigger capacity, more fans, more revenue and it will increase the amount of money to bring in transfer." Jack visits Upton Park now and then and says “It will affect me because it will probably allow me go to more West Ham games, possibly get a season ticket, make it cheaper and easier for fans to go the games.”