We recently interviewed Mr Armsby in response to all the queries posed by students about the changes in the dress code. Was there a genuinely good reason for it? Is it as bad as we thought it would be? And most importantly, are we happy with it?

The question that immediately springs to mind is, of course, why introduce a new uniform in the first place? The answer is linked to the "rising of the participation age," states Mr. Armsby. He puts emphasis on the fact that it was never said the sixth form would have a "college approach" to how it's run, which ensures that the students who do attend the school are here because "they want to be, and not because they have to be." He also stresses the importance of "people who are choosing to stay on realising that they are going to be in a very school-based environment," and therefore adhering to stricter rules.

What about the finer details of the dress code? If we're being prepared for the world of work by wearing it, why is a tie part of the girls' uniform when the majority of workplaces don't require them to wear one? Mr Armsby acknowledges this is a fair point, however he says that the reason behind it was that the sixth form team wanted "a bit of consistency between the girls' and the boys' dress code." They had previously received complaints from "a number of boys who had expressed their frustration that the girls had a lot more freedom," so rather than scrapping the tie altogether, they made it compulsory for the girls to wear one as well (let's be honest, it does look quite smart). Therefore, the introduction of ties to the female dress code has essentially been to equalise the students.

Many of our friends who attended the school last year have chosen to go to other sixth forms, but does this have anything to do with the new uniform? Mr. Armsby recognises that there must be a "minority of students who have chosen to go elsewhere, where there is a bit more freedom." However, he hopes that in the long run, the school will be judged by the results it produces, rather than what the students wear when they produce them. He urges prospective pupils and their parents to focus on the school's many accomplishments, instead of the restricted dress code. For instance, Mr. Armsby states: "We've got 9 people this year applying to Oxbridge, more than we've ever had; our year 13 results last year were the strongest we've ever had, and the current year group going through from year 12 into year 13 achieved by far the best AS results."

"I think… people who dress smarter come to work with a more focused attitude. For example, I'd like to be in jeans and a T-shirt; I don't necessarily want to be in a tie, shirt, trousers and shoes, myself, but when I get dressed in the morning, I put my shirt on, my tie on, and I know I'm going to a professional environment. I understand that I'm going to a place of work, and that's what I'm going to be doing for the next few hours." Very true. But is there a direct correlation between dressing smarter and achieving higher grades? The simple answer is yes, there is; "… and I do think, looking back over the 7 years that I've been involved in the running of the sixth form, as the sixth form students have dressed smarter they seem to have conveyed a much more mature and dedicated approach to their studies." So really, it benefits us all, right?

And it's not only us year 12s who have had alterations to our dress code; the year 13s have faced changes too. Or have they? Mr Armsby claims that "the year 13 skirts are actually the same as what [they had been asked] to wear originally when they started in year 12" and that, by the beginning of their 13th year, their dress code had simply "evolved" into something that was "never really intended." He admits that the school may be partially at fault for that, but nevertheless, it's high time for the staff to "clamp down" on it.

How have we been responding to it overall? Mr Armsby has been very pleased with how we've settled down into our studies and how we've been "displaying a much more serious approach to our learning," even those of us who didn't seem as dedicated last year. He said the school has had a number of parents, Nevin Drive residents, teachers and support staff saying how smart we look and what a good example we're setting for the lower school. Mr Armsby hopes to encourage year 7s "to view it as a seven-year programme…they will look up to our year 12s and 13s and see them as someone that they would like to be in a few years' time."

So it's not all doom and gloom; we look smarter, we're all equal, we're doing better, and to be frank, we're here to learn, not to make a fashion statement. 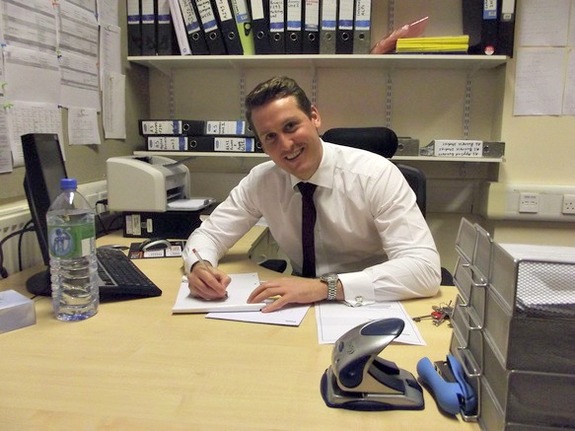