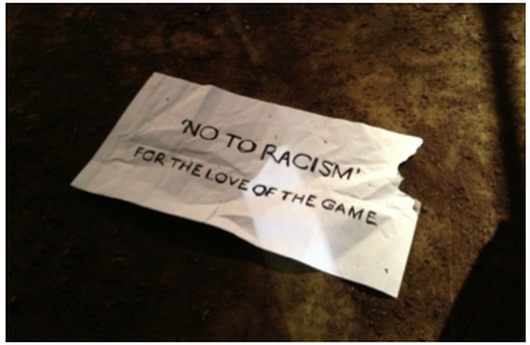 As the old year comes to an end and a new one begins, ‘fashion week’ are the words on everybody’s lips once again.  From Monday 6th January 2014 – Wednesday 8th January 2014 marked the dates of London Collections: Men (LCM) and their fourth season showcasing the latest in menswear fashion in London. This is the busiest time of the year for most within the industry, visiting the fashion capitals to view the best in fashion design for this upcoming season.

However, one designer that stood out for me this time round was Umit Benan, who showed in Paris. Born to Turkish parents in Germany, raised in Istanbul; Benan has always had a strong influence in menswear – due to his father’s occupation as a clothes manufacturer from a young age. Therefore, it was no surprise that when he began showing in Milan a few years ago, that Benan used his past to shape his work through his cultural influences. Benan is known for his controversial themed shows and has mastered perfect imperfection, which is something that I admire. Having shown for the first time in Paris this season, Benan arrived with what I feel was his most impacting show, which has left an indelible mark on my mind as I’m sure was the same for others.

On the last day of Paris, Benan paid homage to Jackie Robinson – the first African American to play in Major League baseball and break the barrier of racial segregation in 1947, playing for the Brooklyn Dodgers. The show was split into two parts; before Jackie Robinson’s movement and after. During the first half, models walked out with baseball gloves covering their faces, demonstrating the oppression the players felt during the cusp of racial segregation. As they walked round a life like baseball pitch with wire fencing and dirt-covered floors, their tailored silhouettes riffed off the baseball theme. Bomber and leather jackets, heavy tweeds and sports quilting were the bulk of the first half, along with a white mohair coat – a key piece in the collection, which stood out immensely. The mood was lifted with bright lights as the second half opened with Martin Luther King’s, ‘I Have A Dream’ speech and the unveiling of the models faces. Browns, burgundies, oranges and creams where the main colour palette as the forties wardrobe was revealed. Three piece suits, high-waisted trousers and wide brimmed hats gave a dressy edge to the baseball theme. As the show came to a close, Umit ran out holding a sign that said ‘no to racism’ as he hugged the cast of black male models.

I believe that this show was one of Umit’s strongest to date. Racial equality is an area that I think the fashion industry has challenges in, although it has come a long way. Albino models also have recently risen to prominence within the fashion industry, for example Shaun Ross, who was recently seen in Lana Del Rey’s short film, Tropico. This and Umit’s show signifies the growing importance of equality and the challenge of beauty ideologies within the fashion industry.  For me, the show was not only significant in the portrayal of the collection and the history that it highlighted, it gave us an insight into the mind-set of fashion and how this may be changing. Most importantly, it gives us hope for what’s to come.  A new year and a new start for fashion?