Mr. Mahir, one of the senior teachers at CFS, has announced that a new Student Parliament is to be established early in 2014. In a drive to improve student engagement with a wide variety of school issues, Mr. Mahir intends to give the Parliament certain decision-making and budgetary powers, which will allow important changes in the school environment to be decided and put into effect by students, for the benefit of students. The Parliament will, it is hoped, have representatives from all year groups (7 to 13). Its job will be to voice the concerns of the collective student body, and to act on these concerns wherever and whenever possible. The planned Student Parliament represents an exciting new opportunity for students to participate in and shape the culture of their school, and to engage in constructive debate with staff. The Pulse, of course, will follow and report on all parliamentary debates and decisions. Below we have printed an open letter from Mr. Mahir. If you're interested in the Student Parliament, talk to your form tutor in the new year; talk to Mr. Mahir; and, of course, watch this space. 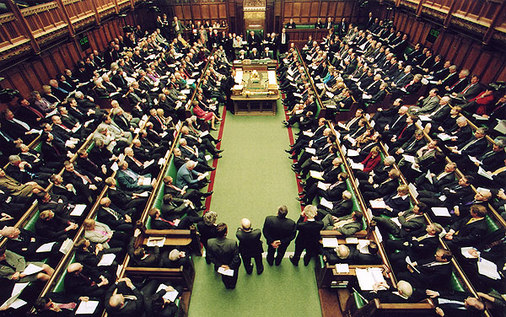 At Chingford we seriously believe in leadership and responsibility and we would like to give you some in a very real way.  We understand that there have been some concerns regarding facilities and the environment for students at Chingford.  With the new building works we are trying to address a lot of those issues.  We have invested a lot of money in the Refectory and we will continue to do so.  Above all, we believe that students work best when they are treated with dignity.

We want very much to convene a Student Parliament which will come from the respective School Council in each of the Lower, Middle and Upper Schools.  Initially this will mean that the two representatives from each form group in the school will meet as a Parliament in January to discuss and debate some of the issues that seem to be coming up relating to dining facilities, toilets and the environment.  The school is prepared to provide some money to students to solve some of the problems that they have identified and we believe that it is the students who should be solving the problems so that they have ownership over the issues.

I will give you more details early in the new year, however, in the short term, what I think you ought to be doing is making sure that the Form Reps that you have in each class are the right ones to represent your views.  The Form Reps need to be understanding what you in your tutor groups feel are issues in the school and they will be invited to a Parliament to start debating these issues.  Remember, money is tight but we think there may be approximately £2000 - £2500 available for you to come up with good solutions to problems that you identify so you need to be working towards a budget because as the show says ‘when it’s gone, it’s gone’.   If it is a responsible forum we will look to develop it in the future but at the moment, the ball is in your court.

Have a lovely Christmas.