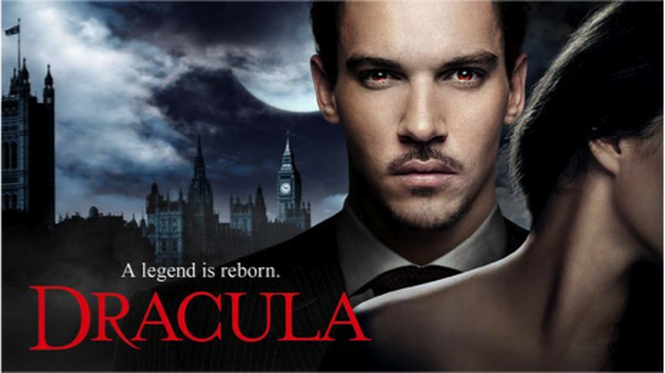 I’m sure by now that we’ve all seen the onslaught of horror movie reboots, sequels and prequels that seem to be all the rage in Hollywood at the moment; whether its Americanising foreign films or modernising one from its own long history, Hollywood seems up to remake anything, with little regard to the length of time between the remake and the original. Be it John Carpenter’s “Halloween” (1978) or Wes Craven’s “A Nightmare on Elm Street” (1982), we are faced with a surge of franchises we long thought dead, receiving a facelift and coming back to haunt us once again. However, becoming increasingly more popular are the television serials based on these aging movies which have begun to appear on networks such as FOX, MTV and NBC.

However, although we may be facing a sudden abundance of these horror movie-television adaptations, this isn’t exactly a new idea. In fact it has been going on since 1988 when the show “Freddy’s Nightmares” saw Robert Englund reprising his role as the fedora wearing dream killer on a serialised basis. This may be a relatively unknown example due to its incredibly poor quality, but six years after the show was cancelled it was followed by “Buffy the Vampire Slayer” which many critics argue is one of the finest TV shows of all time (with it coming 2nd in Empire’s “50 greatest TV shows of all time”) while it is still a follow on from the 1992 movie which fared poorly at the box office and could be said to have brought about the rut of angsty fanged romance that literature seems to be stuck in at the moment, both were written by Joss Whedon (Avengers) and this is one victory we can give to the small screen.

Although these shows both ended some time ago, their legacy has lived on creating a whole new gap in the market for movie-television adaptations; a gap which went relatively unfilled until this year.    The first to rear its not-so-ugly head was “Hannibal” as a prequel to the movies Manhunter (1986)/Red Dragon (2002), The Silence of the Lambs (1991) and Hannibal (2000) as well as the books written by Thomas Harris. This follows Mads Mikkelsen (Casino Royale) as the latest reincarnation of Dr. Hannibal Lecter, following in the footsteps of Brian Cox, Gaspard Ulliel and Sir Anthony Hopkins who previously played the role.

This was shortly followed by “Bates Motel” as a re-imagined prequel to Alfred Hitchcock’s classic “Psycho” (1960). This modernisation sees an iPhone sporting, seventeen year old Norman Bates played by Freddie Highmore (Charlie and the Chocolate Factory, August Rush) trying to navigate the twists and turns of being a mentally unstable mummy’s-boy in a town entirely populated by sociopaths. Sounds simple enough...

“Sleepy Hollow” is the newest on the market at present. It is a modernisation of Johnny Depp’s 1999 movie of the same name; this time around however, we swap the 1700’s horror for modern day American police drama.

Although modernisation seems to be the trend here, the next show to arrive this autumn, “Dracula”, is another incarnation of Bram Stoker’s original sophisticated count which, besides some minor story alterations, seems to be content with remaining in its allocated time zone. In a time when media seems full of them, Jonathan Rhys Meyers (Match Point, August Rush) steps up to play the newest antihero on the block.

Finally, we come to the future. With “Hannibal”, “Bates Motel” and “Sleepy Hollow” all having been renewed for a second series at the moment, we can’t expect these to disappear any time soon. But coupled with the news that MTV have ordered a pilot episode for a new “Scream” series and the varying routes this could take, such as another police drama or another antihero story about a murderer (possibly mimicking the likes of “Dexter”), we could see many more of these shows on the horizon.

So why are these horror heroes coming to television and not becoming the feature length prequels, reboots and sequels that they would usually have become? Is it because they become better stories on the small screen, with more room for compelling story arcs and believable characters? Sadly, probably not; it probably has a lot more to do with money (as per usual). With films like “Avengers” and “Skyfall” costing over 200 million dollars to make and production for “The Hobbit” trilogy just reaching half a billion dollars, perhaps movies are just becoming too expensive and television is the cheaper option.

These thoughts were echoed by both Steven Spielberg (E.T.) and George Lucas (Star Wars) in a recent interview. Spielberg stated an “Implosion” of the film industry was a sure thing and that all it would take would be for several blockbuster movies to fail at once and Hollywood would be brought to its knees. The two directors envisioned a world where cinema becomes more theatre-like, with fewer movies being made and running for a much longer time for a more expensive ticket price. They also described how cable television is “much more adventurous than film nowadays” with the gap to squeeze movies into cinema getting smaller and smaller. Does that mean that the ones that don’t make it through the gap will be coming to the small screen instead? Does it mean that Hollywood will only be interested in big budget sequels and franchises they know will attract an audience, meaning all the underdog films which usually give us our Oscar winners every year will cease to be made for the big screen? If that is the case then we won’t be seeing any more low-budget greats like “Pulp Fiction”, “Donnie Darko” and “Shaun of the Dead” on the big screen.

That sounds like a pretty bleak future. But then again, with recent television already churning out brilliantly written shows with iconic characters, like Daryl Dixon from “The Walking Dead” and Walter White from “Breaking Bad”, to compete with the cinema and video game markets, who is to say that the calibre of television isn’t rising to accommodate all the shows that Hollywood has failed?