This question was asked of several of our teachers, whose responses were published in the February 2013 issue of The Pulse. 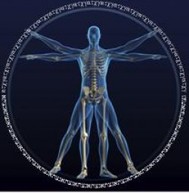 Science and religion don’t logically cancel one another. Think of them as Wittgensteinian language games, or metaphorical systems of the sort Richard Rorty wrote of. Language games are modes of using language, with “rules”; but “rules” learnt by doing (like learning the rules of Chess by playing Chess). Rorty’s metaphors were not words and phrases that “said” one thing while “meaning” another. For him, metaphors shape the way we think about, interpret, and interact with the world.

The languages of science and religion articulate different – not mutually exclusive – relationships with our worlds. When, in the mouths of some (e.g. Dawkins), these languages seem to be at loggerheads, we’ve a clash of universalisms that refuse genuine dialogue – very un-cosmopolitan!


For me the answer to this question would always be, unequivocally, “yes.” The suspension of disbelief required to align religion and science seems insurmountable. I don’t think everything can always be explained by science and I absolutely believe that we need other ways of making sense of the world than through science. From my perspective that comes from different interpretations of experience as seen in works of literature, art or music amongst others. Religion may provide an interpretation that some find helpful or comforting but to me it can’t do more than that. However, there are some things science has shown us to be true that necessarily contradict religious doctrines – both cannot be true. There is something fundamental and central to my understanding of the world through science that religion could never undermine.


Basically, no, maybe, and no. Human societies have for over 5000 years believed in both religious and technical explanations for the world around us. A fundamental distinction today between science and religion consists of their evidence set, which includes divine testimony, holy events and relics for religion but not science. This has been a new development. As such science has preserve over 'real' phenomena while religion over 'spiritual/mystical' events. Ancients would not have divided the world so intrinsically. They would have recognised a belief that moral values have an identity, not based on our scientific reality.

An often heard criticism is that ancient science was deeply flawed while our science is correct, and so science today replaces religion. But our science is not so advanced as to remove the need for religion. So thought the three greatest scientists that helped build our understanding of scientific reality, Newton, Maxwell, and Einstein.