Is Rihanna the ideal role model for today's young women? 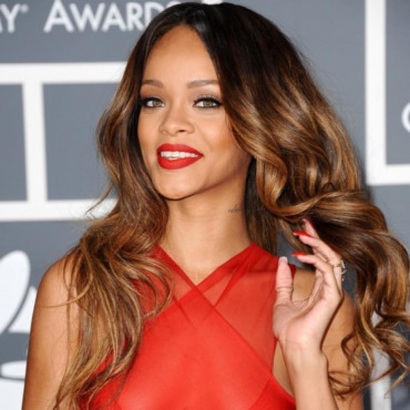 Telling Rihanna what to do is as pointless as trying to tell Amanda Bynes that Drake is good-looking; both will shoot you down. Recently, Daily Mail journalist and bore Liz Jones berated Rihanna in her column, calling her a “toxic role model”. But surprisingly, the Guardian held a poll asking for the better role model of the two; 76% named Rihanna a better role model than Jones. Is this perhaps a sign that the youth, freedom and vitality that Rihanna represents is a more desirable lifestyle than Jones' whining, complaining and self-loathing? Unfortunately, the young girls of today are s*xualised at an early age; presented everywhere they go with images of overt s*xuality, which renders any uns*xualised role model as a little hopeless, as arguably once their innocence is gone it's gone forever. In the face of all this, serious, open, and honest discussion with teenagers about s*x and s*xuality might be the best way of helping them prepare for the s*xual choices they will likely make as they approach adulthood. Yes, warn them of the very real potential dangers of promiscuity, but at the same time teach them to become the young ladies they are.

Rihanna frequently proves herself not to be a slave to men, nor a slave to her s*xuality, as proven in the few songs where she isn't discussing s*x. Personally, We Found Love is one of my favourite Rihanna songs. Taken at face value, it's a beautifully bleak song about love amongst the ordinary, and her vocals lend well to the sense of happiness rising out of desolation it invokes. It is one of her best simply because it is a love song, not a s*x song for which she is renowned for. She isn't growling, or snarling. In the video she isn't writhing around, although she does wear skimpy outfits. She is simply singing, and, coupled with the talents of DJ Calvin Harris, she managed to create one of her biggest hits to date. The other side of this particular argument is that she has indeed shown herself to be subservient to men in one of the most famous accounts of domestic abuse; when, at age 21, her boyfriend Chris Brown beat her, and instead of leaving him there have been rumours ever since of the pair reuniting. But however many times the press deems her an unsuitable role model to young girls, and that her portrayal of herself as the object of mans desire contributed to the continued objectification of women, she never seems to take any notice. Rihanna has the last laugh because she knows that despite her seeming like the typical s*xy, dumb pop star, she is in fact more powerful, richer and more successful than mostly anyone who criticises her. And I believe it is this total ownership of herself as a woman and a brand that makes her both a positive role model and a modern feminist.

And why can't Rihanna be a feminist? Why is actress/writer/director Lena Dunham considered a firm advocate of women's rights when she shows just as much skin on TV as Rihanna and is seen having s*x in almost every episode of her show Girls? I place the two women in the same category:s*x-positive feminists. They understand and recognise that a modern woman is allowed to take fully express her s*xuality and express herself in any way she wants, all the while championing women's rights. However, many modern pop stars we consider less risqué don't. In an age where the faux-twee pop music of Taylor Swift and Katy Perry, grown women making music for pre-pubescent Tweens, are commonplace on the iPods of almost everybody, it's refreshing and a little different to have a woman so confident in her s*xuality that instead of singing about one-time dalliances with lesbianism and being dumped yet again by another a-lister, in some songs she offers a more positive take on the tougher sides of romancesh. Adele, another example, is also up for questioning. Adele can and cannot be considered a feminist; Someone Like You, the ultimate heartbreak song in which she pines for a married man, is hardly empowering, yet unquestionably her image proves her not to be a slave to society's projection of the ideal female.

Personally, and perhaps ironically, I like Rihanna at her most masculine. When her hair is cut short, or she's rocking a sharp suit, classic snarl in place on her top lip. Here she portrays the strongest feminist message; the ability to be loved and appreciated by men but respected at the same time. Men, and some women, are threatened by a woman confident with herself and her s*xuality, but I would rather be feared and respected than mistreated and disrespected.