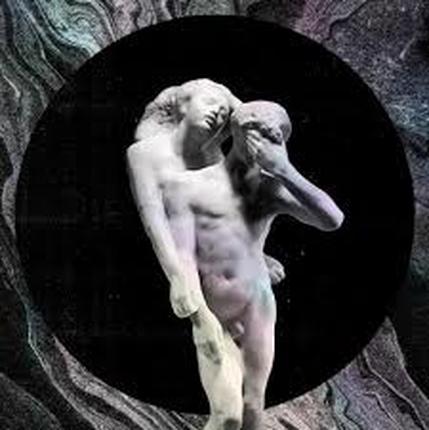 Their début album Funeral was hailed as a modern classic, both eccentric but also beautiful and harrowing. And with both their following albums, Neon Bible and The Suburbs (unexpected winner of the 2011 Grammy Award for Best Album of the Year) receiving critical acclaim, it could have proved difficult to produce something at the same level of their earlier work while still attempting to be innovative and fresh. Yet Arcade Fire was able to do this in a brilliant way, showing once again that they definitely have their finger on the pulse.

Making surprise appearances on the album are the enigmatic David Bowie on the title track, Reflektor, providing a guest vocal appearance. And unexpectedly, Jonathan Ross also makes the bill providing an intro and outro to the track, 'You Already Know', with a sample taken from Arcade Fire's appearance on The Jonathan Ross Show in 2007.

"I mean, it's not like our band trying to play Haitian music. I just felt like we were opened up to a new influence. Bob Marley probably felt the same way the first time he heard Curtis Mayfield."

The influences Butler mentions are directly referenced to in the album. Black Orpheus deals with themes of isolation and death dealing with themes of isolation and death. However, many songs on the album, particularly on the latter half of the double-album, come from the band members and more importantly from Butler and his wife, Régine Chassange. The band’s début album oversaw this, with the song Haiti being a reference towards Butler and Chassange’s personal experiences while visiting their family's home country of Haiti.

Although one could argue it’s not a great departure from their previous work, Reflektor draws on Arcade Fire's signature sound utilizing the band's huge arsenal, encompassing all from the guitar, drums, bass guitar, piano, violin, viola, cello, double bass, xylophone, glockenspiel, keyboard, French horn, accordion, harp, mandolin all the way to the hurdy-gurdy.

The album also has a strong electronic aspect to it; this can be attributed to producer and former LCD Soundsystem front man, James Murphy who has been closely working with the band on the album.  Win Butler himself compared LCD Soundsystem to groups like New Order and B-52's stating that they deeply shared a lot of those influences, which led them to do different things with the album.

The electronic and Haitian influences of the album give it a more upbeat, dance-based sound. But this is not an aspect that has come suddenly to Arcade Fire’s sound, but one that has progressed throughout their discography. While their début was a humble indie rock record, their follow up, Neon Bible had a more grandiose, overblown sound. Despite going back to their humble roots for their third album, The Suburbs, toning down the grandiose aspect and going back to a more controlled tighter sound. Their fourth attempt, Reflektor retains some of that enthusiastic approach Neon Bible had. The album overall has a particular atmospheric feel to it, yet remaining rousing and uplifting. Its unique collage sound is a lot more ambitious than previous works. It utilises thick catchy grooves and hooks even with sultry emotive songs such as 'Afterlife'.

The critical reception for Reflektor was generally favourable. Rolling Stone gave the album a rating of four and a half stars out of five. They stated:

"It is also a perfect summary of their group's still-fervent indie-born hunger after a decade of mainstream success, and specifically, the decisive, indulgent ambition on Reflektor: a two-record, 75-minute set of 13 songs and the best album Arcade Fire have ever made"

Q magazine, however, had a more negative critique of the album. Reviewer Simon Goddard concluded with a rating of 3/5 after claiming:

“[Reflektor] fails to fully justify the size of it and it doesn't ever so much as unravel... while Reflektor isn't so flawed as to strip them of their sash, it's a wobble on the podium, a needless error of judgement that could have been easily avoided had they heeded that... old truism. Here is proof you really can have too much of a good thing,”

Ultimately, despite the album being a brilliant fourth follow up to the critical and commercial success Arcade Fire received for their earlier work, it falls slightly short of their high standards. Although the album continues to grow on the signature Arcade Fire sound with a strong emotive aspect, it does not provide the incredibly powerful and harrowing raw emotion that Funeral and The Suburbs had. They felt nostalgic but with a sense of dread for a future filled with pain, pleasure, loss and hope. This may be Arcade Fire's most accessible work yet, but it feels like they've lost something large in their journey towards it.

Some may argue that the 2CD album with some songs reaching up to seven minutes long was a bit excessive and detracted from the listening experience.  However, a clear distinction was made between the two halves of the record, which served to highlight the layered complexity of it all. Not a single track on the album is a bad one, and there is no clear filler material. The whole 75-minute set is packed front to back with an impressive array of solid indie pop rock. Arcade Fire's sound continues to be one that is lush and imaginative yet finely polished. Although Arcade Fire's flame doesn't shine as brightly as it did a decade on from Funeral, it doesn't show any signs of fizzling out soon.