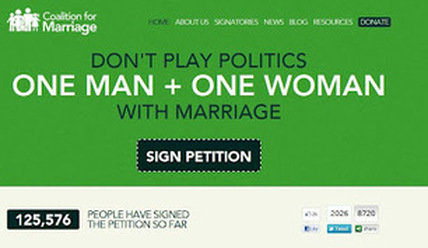 This isn’t an article that is going to change the decision of any man in this country, because of course that decision has already been made for us; gay marriage has been legalized in this country. I mean, why do the homosexual community need the approval of the rest of the country and with that an approval by law? They are already gay and nothing is going to change that. But, you know, I still feel the need to express the view that although I have no problem personally with gay people, gay marriage is a rather sensitive subject.

Firstly, what was the need for the law that allowed gay people to be now legally married rather than bind there love through a civil partnership? Civil partnership has the same legal benefits! The re-definition has no effect on the terms, the marriage and the couple’s entitlements are exactly the same as before, the meaning stays EXACTLY the same. What is the point? It creates more controversy and debate when really there is no need for it. Civil partnerships promoted equality; if equal rights already exist with civil partnerships then why can’t the institution of marriage and its core foundation be respected and left alone? I do not believe that a simple title change will benefit the gay community in any way.

Secondly, getting married in a church. Now personally I just feel this is pushing the boat out. Marriage is traditionally a religious ceremony; this cannot be argued. Therefore there should be terms to a marriage which abide by religious views. Sometimes couple are made to attend church for a period of time before entering into life as a couple in the church building. This is to ensure they recognise marriage as a RELIGIOUS ceremony. The Bible creates no illusion when commenting on marriage; it only ever comments on marriage between man and woman. It also comments on homosexuality, as follows (I know some people may be offended by what follows, so please be warned): ‘You  shall not lie with a male as with a woman; it is an abomination.’ The Bible promotes marriage to be only between members of the opposite sex and expresses negativity around being gay. So it is understandable that some Christian individuals and groups will be unhappy with same-sex marriages. Secular liberalism shouldn’t be forced on all people; churches should have the right to say no.

Lastly, I think people seem to forget we are NOT a secular state. Being a non-secular states mean that religion is built into our daily lives. I don’t really think legalising gay marriage truly represents the type of state we live in. Not only will gay marriage NOT significantly benefit the gay community, it will disrupt and anger many others.

I finish by thanking all you people for reading my view, and apologise if I have offended anyone. I hope that you recognise mine and a rather large proportion of other people’s opinion, and will seriously consider my points. Clearly, the bulk of my argument is centred on religious teachings and views. This will also displease some readers. But, as a Christian, I feel the debate should be addressed in this way, and that religious belief should not be side-lined in this ongoing debate.