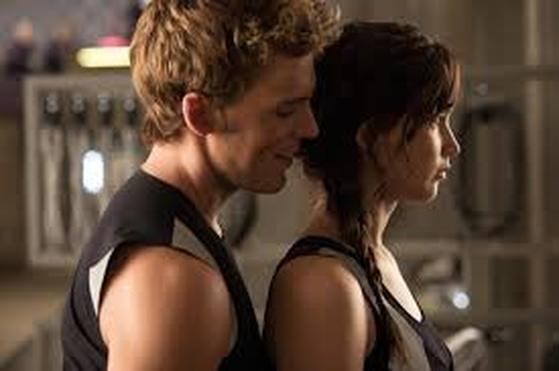 The second book in the Hunger Games trilogy to be adapted for cinema; Catching Fire, recently premiered in cinemas across the country. November 22nd had been a hotly anticipated date marked in all the diaries of the trilogy’s many die-hard fans. The self-declared ‘Tributes’ or ‘Mocking-Jays’ of the Hunger games fandom were desperate to see Jennifer Lawrence on screen as protagonist Katniss Everdeen again, but were the masses left disappointed?

Having read the book, and recently watched the film, I have to admit that it did, to an extent, live up to my expectations. In my opinion having read the book of a story that has been adapted for film, you are at an immediate disadvantage. You have already constructed the imaginary appearances of the characters,  how they move, how they speak and no matter how well the casting crew do, no actor will ever live up to your expectations. Whether too tall, or short, whether the wrong color hair, the actors are never perfect, and this, personally, is something that really bugs me. Catching Fire, however, made a great attempt at capturing the character of Katniss by casting Jennifer Lawrence. Her plain, adaptable looks allowed any pre-conceived ideas of the protagonist to not be totally destroyed, as they would have, had a more ‘unique’ looking actress been chosen. The on-screen portrayal of Katniss was extremely accurate, and for once Hollywood managed not to make the mistake of over-sexualizing a female lead. Katniss as she appears in the book as a tough, independent survivalist and not a fan of the decadence and glamour associated with The Capitol. This was reflected in the on screen portrayal as well, Katniss was not turned into a femme fatale or damsel in distress, the film’s director Francis Lawrence successfully capturing Katniss’ character and adhering, as closely as possible, to her portrayal in the novel. This was probably the biggest success, in my eyes, of Catching Fire as more often than not, the film industry can twist and change a story to suit the commercialism of cinema.

Granted, Catching Fire is a faithful adaptation of the novel. However, by no means was it perfect, much of the film plot being very different to that of the book. For example, a major scene in the film involves a heroic Gale trying to stop an elderly woman from being punished, and ultimately earns himself a severe beating from the Peacemakers. In the book, he is punished for trying to sell a turkey on the black market. Although not a major betrayal to the novel this scene does succeed in romanticizing Gale turning him into a hero, rather than somebody merely trying to survive. Perhaps the biggest mistake the film made was the portrayal of Mags. Being my favourite character introduced in Catching Fire, portrayed as an elderly, intelligent past victor who had selflessly volunteered as tribute in the place of a young lady from District 4. Mags in the book is portrayed as old yet capable, she manages to craft bowls and shelters out of little more than leaves. Despite being elderly, and unable to run, she is seen as an aid to the team. However in the film she was characterized as everything but capable, being lugged around like a rucksack by Finnick Odair her on-screen character was more of burden than an asset. This furthered the helplessness that Mags exhibited in the film; her lack of dialogue made her less significant and completely disregarded a character that, in the book, had been a vital part of the team. We get a glimpse of what Mags’ intended character was meant to be like in when she essentially sacrifices herself so Finnick and the others can escape the poisonous smog. In the film, Mags’ death was as insignificant as her entire role was, she merely walks into the fog and the audience is only notified of her death by the sounding of the cannon. However, in the book she is given much more of an explicit death, described as ‘falling to the ground in a horrible dance’, this death, although much less dignified, at least shocks the readers and makes the death more notable. A distinct lack of regard towards Mags’ death is shown in the film, the characters quickly bouncing back from the apparent ‘tragedy’. Cutting the character of Mags out of the film, and giving her much less of an important role, was a big mistake in my eyes, Mags offering a valuable example of The Capitols cruelty, making an elderly woman compete in the games. She also helped, in the book, develop the character of Finnick, having been his mentor and ‘grandmother figure’ to him.

Essentially, it seems, it is impossible for Hollywood meet the high demands of the trilogy’s fans, each individual having a different opinion of how the characters should have been scripted and portrayed. Despite this, I think that Francis Lawrence, the director, did a great job of satisfying the fandom, the adaption being so faithful to the book that some chunks of dialogue are almost identical in both mediums. With all my grievances about the distinct lack of Mags’ character aside, I can confidently say that, the film was a good attempt at an adaptation of the book. The film was great, but fundamentally the book was better. But this time Hollywood at least came close.