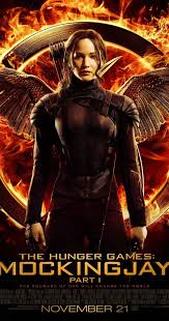 As an avid reader of the Hunger Games novels, I expected great things from Mockingjay Part 1, the third instalment in the four film series. My first impression is that, while maintaining the intensity and emotion of the upcoming rebel movement against the capital, the film was hardly fulfilling and seemingly lacked a cutting edge.

Director Francis Lawrence takes us up to roughly chapter 13 in the third novel before the revolution fully hits its stride and the invasion of the capital begins. Prior to this, we are given a rather extended look into how Katniss Everdeen (Jennifer Lawrence) and the residents of District 12 have coped in the underground sanctuary of District 13 after the destruction caused by the riots after the previous Hunger Games competition in Catching Fire.

The film arguably serves its purpose in the sense that it sets the foundations for next years Mockingjay Part 2 to bring everything together and provide us with answers such as whether the revolution is going to be successful and whether Peeta will ever recover from his unstable state of mind and the pain inflicted on him by the Capital.

Peeta (Josh Hutcherson) provides one of the most enthralling scenes of the trillogy in the closing half. This is one of the few scenes that fully conveys the extreme emotion and surprise that is evident in the novel. Beyond this, the supposedly inspiring speeches of rebel leader President Coin (Julianne Moore) leave much to be desired and the influential Plutarch Heavensbee (The late, great Phillip Seymour Hoffman) seems very worn out, lacking the vigour and passion displayed in the last games.

Early in the film, Katniss is encouraged by Plutarch to film a series of short propaganda films to show the capital that she is alive and ready to fight. Much like her character, it seems as though Jennifer Lawrence is limited in what she can say or do this time around, unlike the freedom and vitality expressed in the first two films.  Similarly, beyond the confined and limited setting of District 13, the beauty of Panem is rarely explored. One scene where Katniss visits a field hospital and explores beyond the underground setting results in an entertaining set piece battle which best demonstrates the fast paced action and contrast of emotions that the rest of the film is severely lacking.

It is difficult to categorise the overall aim of this film, as it does not pass for an action film or a romance. The talented actors that the director had at his disposal seem limited in what they can achieve through the script. Although Mockingjay Part 2 will portray the most exciting aspects of the novel and bring an effective end to the Hunger Games journey, it seems that this two-part split is much more of a business decision than a necessary one. The two hours spent setting up the rebel movement in this film could have easily been shortened to create one film that would be full of the anguish, heartbreak, intensity and sense of satisfaction that the fans would expect.