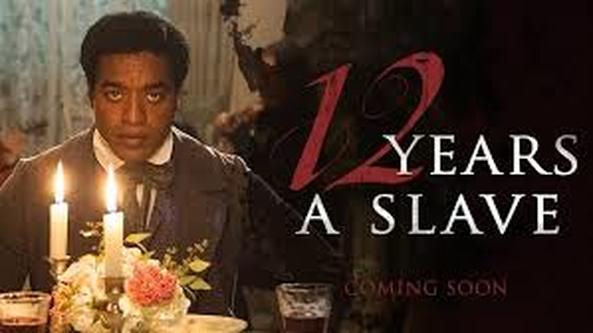 The words I’d use to describe British director Steve McQueen’s new movie, 12 Years a Slave, may be few but true – bold and harrowing. The film chronicles the kidnap and forced slavery of freeman Solomon Northup (Chiwetel Ejiofor and the subsequent 12 years of his life spent away from his wife and children. The majority of his time is split between two plantations, each owned by two very different men: First, the righteous Abraham Ford (Benedict Cumberbatch), who is perfectly summed up in the film as “a slaver by circumstance” rather than by choice. The second is the sadistic Edwin Epps (Michael Fassbender). Over the course of the movie Solomon must choose whether to maintain his identity as a free man and die, or whether he can forsake his identity and simply survive.

Steve McQueen has created a piece of historical art graphically depicting a period which has rarely been shown in recent years, at least not with slavery as its central issue or with such star power. The last critically acclaimed film to deal with this period was Quentin Tarantino’s Django Unchained but Tarantino has never been concerned with historical accuracy, just look at Inglorious Basterds.
12 Years a Slave however is based upon the biographical novel of the same name which automatically makes it more trustworthy than most other historical films in my eyes. This, coupled with the power of its cast, makes it a thoroughly engrossing tale that is more than worthy of Oscar season. At approximately 2 hours and fifteen minutes, it is in fact the shortest of its main competitors but to Steve McQueen, less really does mean more. He somehow manages to squeeze the most out of the story with subtlety being the key to his direction, especially when compared to the aforementioned Quentin Tarantino who prefers to fill your screens with bullets and brains to get his point across. And let’s not forget the enormity of the task McQueen has undertaken either, trying to truthfully portray such a tumultuous period through the eyes of just one man would be like trying to paint the horizon through a keyhole to any lesser director, but McQueen somehow manages it.

By far the standout of the cast is Solomon Northup himself, Chiwetel Ejiofor (Sci-fi fans may recognise him from Joss Whedon’s Serenity or the astounding Children of Men) who once again shows the enormous talent he possesses. All his suffering is conveyed subtly but masterfully, hidden behind the tiniest twitch or glance, making his nomination for Best Leading Actor hardly surprising. Secondly, a relative newcomer to Hollywood and arguably 12 years’ greatest find, Lupita Nyong’o is also up for a well deserved Best Supporting Actress award. She plays Patsy, a gifted cotton picker who is probably the most cruelly abused slave in the entire film at the hands of Michael Fassbender (X-Men: First Class, Prometheus) who is up for Best Supporting Actor.
My only disappointment with the cast was the relatively short screen time of its most famous members: Benedict Cumberbatch (Star Trek: Into Darkness, War Horse and Sherlock) who I believe deserved more time to properly explore his character as well as the fact that he is one of my favourite actors so I may be a little biased, and Brad Pitt (Fight Club, World War Z) who only seems to appear as a cameo, but at least his character served a brief but crucial role in the plot.

The film is brutal and emotional, as expected from a film about slavery, with two extended scenes of cruelty being especially difficult to watch. But the film never comes off as overly gratuitous despite these efforts to shock us; every dark scene serves a purpose either to show the brutality of the slave owners themselves or the shocking lack of surprise shown on the faces of every slave during a whipping or a hanging. Sadly, there is never a truly satisfying ending to the movie which leaves us with nothing to justify or make up for this violence. The end may even come as a surprise because we are never actually given any sense of time during the film; we are just left to assume that by the time the credits roll twelve years have passed.

The music composed by Hans Zimmer could be distracting at times, with his music suiting films like The Dark Knight and Inception but not so much the quiet whisperings of slaves on their bunks. But the film does incorporate elements of blues music which originated from this historical period and serves the film much better than Zimmer’s score, allowing Solomon and his fellow slaves to find their voices in the white dominated American Deep South as well as lending even more emotion to even the simplest of scenes.

Although I found the film enjoyable, it may not rank as one of my all time favourites but it is definitely a great historical biopic which will take some beating by its competitor: Idris Elba’s Mandela: The Long Walk to Freedom. I guarantee that this movie will not be leaving the awards ceremonies empty handed this year and it will be a travesty if this film is overlooked for any of its nominations, especially Best Leading Actor, Best Supporting Actress and Best Director.