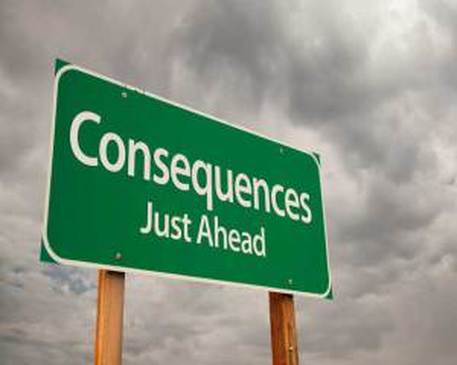 The red warning lights flashed in the darkness. I gripped the gun tighter, finger on the trigger, ready. My muscles tensed in the regulation black uniform. The air was tangible, a mixture of dust, sweat and anticipation. I moved swiftly through the blackness careful not to make a sound that may give me away. The cold, tiled wall that I had decided to lean on was wet against my back. I wiped the wall with my gunless hand and inspected the substance lifting it close to my face. It was dark and sticky. They’ve gotten better at this. A smirk played on my lips. Each flash of the alarm showed the room in more and more detail. Barrels and bodies. Time to move.

My heart synchronised with the boots that pounded against the concrete floor. I turned and looked behind me to see bodies following me. The chip swung on the chain around my neck. With each flash of the alarm they get closer. My arm swung back on its own accord and I flexed my finger. Heavy thumps sounded behind. Almost laughing, I advanced on. This is too easy. A fist came towards me through the darkness. Block and punch to the temple. Another thump. Their heavy breaths are close now. The red button is close too. My legs hit the ground with more force not caring about the sound now. Heavy boots echoed in the room. More barrels appeared a head. I took a chance and pushed one over. Empty. I kicked the other two behind. More bodies hit the ground. Some managed to jump over in time, gaining more speed. Turning round I smiled at them and started to shoot. One. Two. Three. Kick to the temple. Swing into the gut. Damn gun now useless, time to run.

Heading towards the red light where the alarm is located, I felt sweat trickling down my neck,my hair plastered to my face. Angry grumbles and shouts sounded behind me as the leaders try to gather their troops and aim them at me. The alarm flashed red again. I looked at the clock beside the alarm, 10:37. That must be a record. Shots start to ring out through the room as the squads grew desperate. I turned around and stuck my tongue out at them. My gloved fist connected with the glass casing that holds the red button.

Bright lights lit up the room from above. I turned around and beamed at the losing teams. Some had their hands on their knees trying to catch their breaths while others were dragging their comrades, tranquilised by my gun, to their stations. The art department really did a good job on this training room. Barrels in random places, fake blood on walls, dummy bodies lying around, they even used some extras for authenticity. My team leader approached me.

“Well done Diana,” she clapped, “you’ve managed to beat your own record.”

A body limped towards me.

“Did you really have to get my ribs? You know they just finished healing yesterday, you could’ve gone easy on me.”

“What’s the fun in that R?” I laughed, giving him a little nudge in the ribs earning a wince.

Team leader pressed her earpiece. Instantly, the mood turned heavy and everyone stood straighter. “Yes sir, thank you sir.” she replied to the other end . She pressed the ear piece again and everyone stood tense ready for her command. “Diana, go get cleaned up. The principal wants to see you.”

I turned back to R and gave him a hard kick in the ribs, making him fall and cry in pain.

"Stop being such a girl R." I smirked at him, ruffling his blue hair and was rewarded with another glare and some curse words that I could just about make out as I walked through the door of the stimulation room.