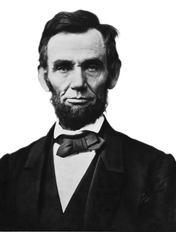 Abraham Lincoln
Abraham Lincoln, the former president of the United States opposed the slave movement. His most influential decision was the 'Emancipation Proclamation' in 1863. The proclamation declared that 'all persons held as slaves... shall be then, thenceforward, and forever free'. However, although this was a massive step forward to black rights, civil rights was still a massive issue in the 20th Century. 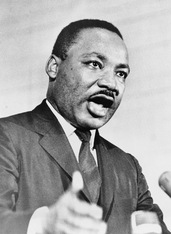 Martin Luther King Jr
He was originally named Michael King but his father renamed him after a trip to Nazi Germany. King was a huge civil rights activist most famous for his 'I have a dream speech'. The speech of 1963 carried the message of equality for all. He stood up at the Lincoln Memorial in Washington DC and told 250,000 euphoric supporters of his dream for racial equality in the states and the wider world. He is idolised by many across the world and is often seen as one of the most inspirational blacks that ever lived. 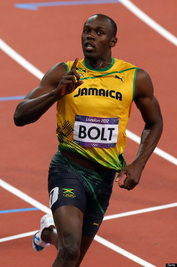 Usain St Leo Bolt
Usain St Leo Bolt is an unbelievably talented athlete, breaking world records whenever he sets foot on a track. He is the first man to simultaneously hold both the 100m and 200m world records, breaking both at the Beijing Olympics in 2008. He is not only an exceptional athlete, but has contributed hugely to his community in Jamaica, as well as being an ambassador for the Olympic movement. 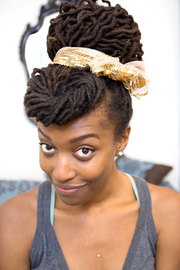 Chescaleigh
The youtube sensation 'Chescaleigh' is a graphic designer and video blogger based in New York City. She has a huge following on the video sharing website and uses the platform to speak out about several issues that others are affraid to. She speaks of key issues facing modern day society, with her most famous video being 'Things white girls say to black girls' that has over 10million views!