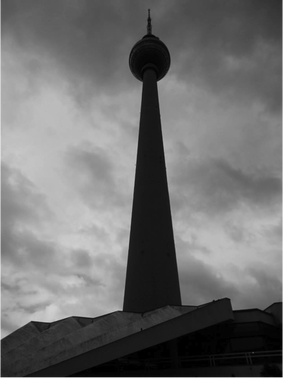 While most were at home relaxing over the holidays, preparing for exams and getting some well-deserved rest, a group of students (including myself) travelled to Berlin, and embarked on a German adventure. Lead by Mr Milan, Mr Jenkins, Ms Heaton, Ms Owen and Mr Bagan, we travelled via coach from London, all the way to Berlin, a colossal eighteen hour coach journey (the prospect was far worse than the actual experience, fortunately). We stopped off a few times along the way and got our first taste of the German culture (and its people!) in a service station just outside of Berlin, despite being overpriced, it gave us all a chance to stretch our legs and prepare ourselves for the next part of the journey.

We arrived at the hotel shortly afterwards and sprang into action almost immediately, dropping off our bags and embarking on a walking tour of the city’s many sights: From the historic Reichstag to the Aldon Hotel  that Michael Jackson dangled his child from (Personally my favourite sight). We visited almost every landmark Berlin had to offer. We checked out some interesting war memorials and had a chance to really appreciate a city with a truly dreadful past, our tour guides explaining the horrors of Nazi Berlin in humbling detail. This historic theme was continued throughout the trip and we visited ‘Checkpoint Charlie’ and the Sacsenhausen Labour Camp which were both equally interesting and thought provoking. Furthermore, in honour of the atrocities committed against their people in the Holocaust we visited the Berlin Jewish Museum to learn more about Judaic culture. Despite the historic and educational aspects of the trip we certainly had time to enjoy ourselves and visited a number of attractions (the Berlin TV tower and Alexanderplatz for example). The highlight of the trip for me was the trip to the Zoo, which, no matter how old you are, is guaranteed to be a good time. The variety of animals in the Zoo was quite surprising and it certainly lived up to all of our expectations. Despite the salacious behaviour of the kangaroos, and the awful smell coming from the penguin enclosure the visit was definitely worth it.

In the evenings, when we weren’t too tired from traveling or exploring the city, we visited some local bars. On one of these nights we celebrated Ms Heaton’s birthday in a bowling alley and enjoyed ourselves as a year group (hats off to Mr Jenkins for playing two games at once AND beating all seven members of our bowling lane). Meanwhile, Mr Milan and Ms Heaton battled it out in a riveting table tennis duel.
The trip, overall, was a massive success, and thanks the maturity of the students and organisation of the staff it was pulled off without many hiccups (bar, perhaps, the scary leather clad shadow that made an appearance towards the end of our stay!). I speak for ALL of us in saying we had a fantastic time, but nevertheless, here are some of the views of other students who came along on the trip:

“Berlin was a brilliant experience. There was not one second where we were not busy! Excluding all the extremely interesting historical sites, such as ‘Checkpoint Charlie’ and the Sacsenhausen concentration camp, the highlight of my experience in Berlin was most definitely the Zoo, it was wowza! Initially the thought of an 18 hour coach journey seemed pretty daunting; however it ended up being one of the best parts of the trip. We played coach journey games and took pictures of people sleeping (hehe)”

-       Chelsea Kwakye (who was re-christened ‘Josie’ by a  Starbucks cashier)

“It was really educational, better than being in a class room. The coach journey felt like no time at all. Highlight of the trip had to be the museum”

“I thought that Berlin, as an experience, was both educational and fun. Our busy week included visiting a concentration camp and museums developed my knowledge of the treatment of the Jewish people and what Germany was like before and after the Nazis. Other days, such as visiting the zoo were more relaxing and gave us all a much needed break from revision. Excellent trip, 10/10”

“It would be hard to sum up the trip using just one word, so I will use a sound instead. That sound is ‘ooooh yeaahhhhhhh’. Berlin was a fantastic trip and I urge anyone coming to the Sixth Form next year to get a place on it! Thanks to all the teachers who helped pull it off”

“Berlin was a sick trip and I would definitely do it again. Although initially apprehensive about the historical visits we would be making I really really enjoyed them. I learnt a load of stuff travelling around Berlin and it helped widen my knowledge of the place, historically and culturally. We still had lots of time to have fun (which we definitely did) and I particularly enjoyed bowling, it was great and gave us all an opportunity to hang out with people we would not usually hang out with outside school. It 100% brought our year group closer and I WOULD recommend it everyone”

“It was really worth going, a great experience even if you don’t do History. I really recommend it to anyone coming to the sixth form next year”

“I really enjoyed the trip. The city is beautiful and the places we visited were really interesting, especially the concentration camp.”