A Sensible Debate on Immigration 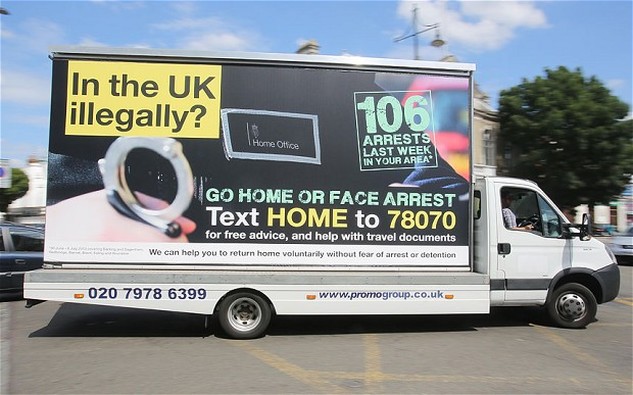 With the recent opening up of full European Union labour rights to citizens of Romania and Bulgaria there has, in the UK at least, been a renewed focus on the issue of immigration. Such a focus isn’t new, it has happened before and it will happen again, but I believe that it is an appropriate time to re-examine and re-assess the historic relationship that Britain and its people have had with immigration.

There is no doubt that in recent years Britons have, in general, taken a harder line when it comes to the topic of immigration. Following the unprecedented flow of migrants into the country under Labour and then the immense effects of the 2008 Financial Crisis many people have become increasingly hostile to new arrivals. This is due to either fearing the economic disadvantages of workers prepared to take home less money or the creation of ghettos in which immigrants from certain groups fail to engage with British society and cultural norms. It is such fears that the anti-immigrant lobby have exploited in their campaign for support and ultimately votes. Of course the spectre of racism always haunts those who dare to raise any issue related to immigration and this, in my opinion, is wrong. Like anything it has its pros and cons and worries shouldn’t be smothered under a cloak of political correctness. As far as I’m concerned immigration has brought great benefits to Britain, I feel our culture has been enriched, our society made more tolerant and the country as a whole been forced to be more worldly. It is too easy in the UK to slip atavistically back into an insular and regressive mentality, formed in part by our geographic position as an island. Immigration has barred this process and we are better off for it.

Although, I am also aware that my personal opinion has been shaped by my own circumstances; I have grown up in a mixed part of London and have always had friends of different races and backgrounds. Shops selling foreign goods and people speaking foreign languages are the norm and were the norm when I was younger. Yet something about immigration has changed in recent years. Whereas immigrants in the past were usually confined to large urban centres, save for the occasional rural Chinese restaurant, nowadays their presence is felt more widely, even in smaller regional centres. It is residents of such areas that parties like UKIP rely on for their support, places with enough immigrants to cause a stir but not enough to normalize the phenomenon of immigration. When looked at like this maybe we can’t just dismiss all anti-immigration politics as simple racism and xenophobia but rather a reaction against rapid change

While many often condemn the anti-immigrant lobby we often forget how far this group has come in its views. In the first half of the last century it was eugenics, scientific racism if you like, that was forming the nation’s anti-immigrant attitudes, a trend that was halted by the heinous crimes committed in WWII. Since this point anti-immigrant politics have centred on notions of ‘British-ness’ and the idea of people not conforming to cultural norms. Ethnic nationalism has gradually become replaced by civic nationalism.

Nevertheless, I still find much of the anti-immigrant lobby insular and regressive and despair and its resurgent strength yet let’s also remember where we have come as a country. Whereas before those with a different accent or skin colour often faced societal mistrust we now live in a country where even those who want to reduce immigration openly acknowledge the contribution many immigrants have made to this country, both culturally and economically. This reflects wider changes in British attitudes to minorities including the homosexual community who for the first term this year will have the right to marriage, a move that the majority of the country now support.

Even when news in the UK is seemingly negative it is sometimes important to remember just how far this country has come in the last 100 years.